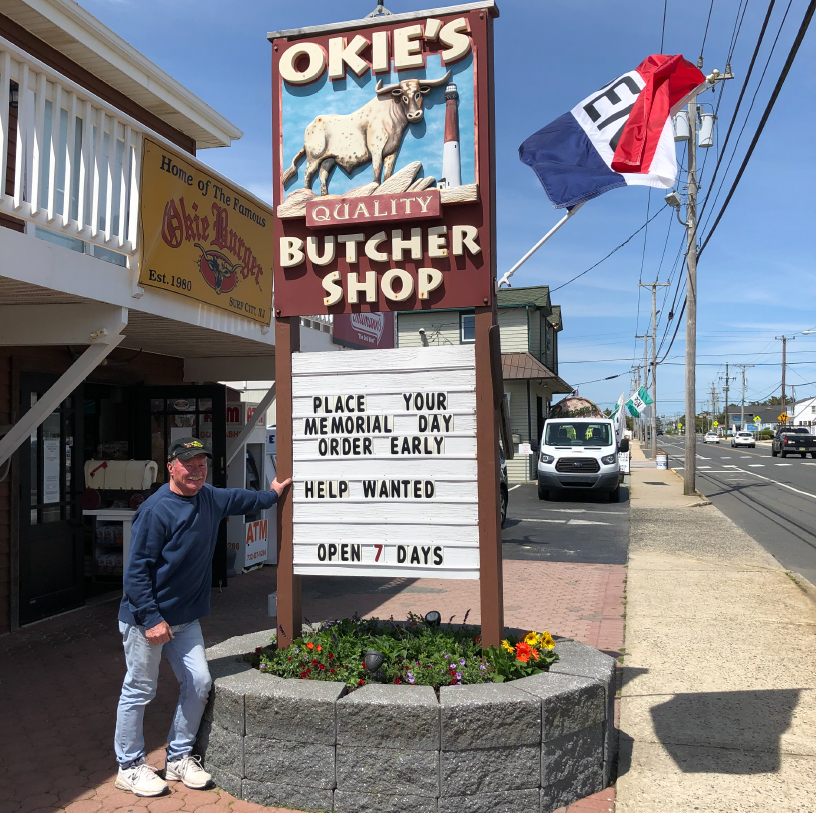 Okie Whitcraft opened his first butcher shop in 1980, located on Route 9 in Manahawkin, New Jersey. He began learning the art of butchering at the age of 11 at Paul’s Market in Surf City, New Jersey in 1964. He became a journeyman butcher at the age of 18. Okie built the Surf City butcher shop in 1984 and grew it into what it is today. Often imitated but never duplicated, Okie’s™ high standards of quality products, service to his customers, and absolute cleanliness of his shop speaks for itself. Being a member of the National Livestock and Meat Board, he lectures and educates the public about the various cuts and grades of all meat products.

Thank you to all of the customers and staff who supported me and made my dream come true!

We have the finest meat selection in Southern Ocean County.